Some things you might need to know if you rescue a wood pigeon.

For some reason I am not able to provide links to the paragraphs below so please scroll down to find them in the following order:

Hand raised wood pigeons will quickly imprint on humans and be too trusting but wild  fledglings, juveniles and adults can be extremely scatty and liable to panic.

If you approach a wild adult move very slowly and handle it gently.

If it opens its mouth and starts to pant stop whatever you are doing, leave it alone…fear can produce adrenalin rush and a heart attack. However, if you come across  a wood pigeon that is already breathing with an open mouth in could be suffering from canker.

Looking at a captive wild woodie in the eye can be extremely stressful for them and is best avoided.

If you have an adult sick or injured woodie in a cage, cover part or all of the cage.

Even tame wood pigeons can panic if confronted with an unfamiliar situation.  A strange animal in the garden, a strange person in the aviary, an unfamiliar implement can all lead to a panic and once one starts the rest follow.   My woodies have panicked just because I carried a pink broom down the garden.

The Life of the Woodpigeon

The woodpigeon is the UKs largest and most common pigeon, grey in colour with a white band on the adult neck (not seen in juveniles) and white wing bands that appear with the first feathers.

A mated pair of wood pigeons  usually build  what can be a badly constructed platform of twigs in a tree for the nest, but  if they use the same nest time after time it will build up into a more solid structure.

Their nests are often accidentally destroyed during the breeding season even though disturbing the  nest of any bird, albeit accidentally, is a crime under the Wildlife and Countryside Act.  This is why all tree lopping and hedge trimming should be confined to the months of November through to March.

Sometimes, before the eggs are laid , the male and female birds may take turns sitting on an empty nest for about a week.

When the eggs come they are laid over a period of two days.

Both parents share incubation duties and later the feeding of their young. The female sits on the eggs during the night and for the early part of the day.  The male relieves her at around 10 am and she returns to the nest at about 4 pm., although in the wild during the peak breeding period this changeover can take place closer to 5 pm.

Sometimes food is hard to find and this causes one of the pair to delay the time of the changeover, this in turn leads the parent that is sitting on the eggs to go in search of food leaving the eggs unbrooded.

The eggs hatch roughly  17 days after being laid.

The parents will usually carry the empty egg shells away from the nest.

Baby wood pigeons feed by putting their beaks inside the parents’ beak and gaping…the parent regurgitates the crop contents into the baby’s beak.  This involves a lot of squeaking and wing twitching from the squab being fed and can look as if the adult pigeon is fighting with it or hurting it.

Baby wood pigeons are fed 92%  “crop milk”  ( this is nothing like dairy milk, it consists of high protein “milk” cells that develop on the crop wall and are shed into the crop when feeding is due ) for the first three days of their life.

After three days percentage of crop milk is gradually decreased ( to 49% by days 7-9, 33% on days 10 to 14 and thereafter around 20%. ) The crop milk is mixed with whatever their parents eat with ripe cereal grain, fed from the parent’s crop, being the most common and the most nutritious.  As baby pigeons need protein to develop feathers their food will also contain some animal matter at this stage: earth worms and their cocoons, snails (limax and succinga) and occasional insects

A baby wood pigeon’s eyes open on the third or fourth day of life .

Wing quills appear on the fourth or fifth day of life.

Once a baby wood pigeon is partly feathered it is able to inflate its crop with air and lunge at intruders with raised feathers and wings while expelling the air from the crop to make a hissing noise and snapping its  beak.

The young are fed frequently initially but the frequency is gradually reduced.  At 8-10 days they are being fed twice a day by each parent . By this time the parents will also stop brooding them, returning to the nest only to feed them at roughly the times that they did the nest changing routine.

The white wing bars appear with the first feathers but the neck band does not appear until they are mature.

Feathers break from their sheaths around the ninth day of life.

The young leave the nest at about 22 days of life, but their parents continue to feed them for at least another week, probably two or longer.

After leaving the nest juvenile wood pigeons that have been bred in woods will tend to congregate in small group near the woods and feed as close to the woods as they can.

Juveniles have their first moult at around 6 weeks.

The female wood pigeon weighs slightly less than the male.

The male wood pigeon has brighter plumage than the female.

Wood pigeons store their food in their crop , from where it is progresses gradually through the digestive system.  They  have a varied diet with their food choice varying according to seasonal availability.   In captivity the enjoy sunflower hearts,  pea shoots, lettuce, rocket , chard and water cress, peanuts, mixed corn and pigeon mixes.

During the breeding season wood pigeons are territorial   but in winter they are gregarious, feeding in a flock that clusters together and moves around the field as a unit,  and roosting in compact flocks at night.

In the UK wood pigeons are classified as pests but they are not a game bird…they can only be killed under the conditions of the General Licence drawn up and in theory enforced by Natural England .

Life expectancy :  In the sixties a number of  wood pigeon nestlings  in East Anglia were ringed to establish their longevity.  Most were recovered after being shot within 38 months  of life , the oldest recovered pigeon was in his 14th year of life when shot, the second oldest in his eleventh year.  This is well below their potential life expectancy in captivity and in protected conditions. These days many wood pigeons die shortly after fledging when they are mowed down by drivers.

If you rescue and release a wood pigeon of any age  try to make the release as far as possible  from land in which they are likely to be shot.

(Source:  Much of the information on the wood pigeon comes from the book “The Wood Pigeon” by R K Murton) 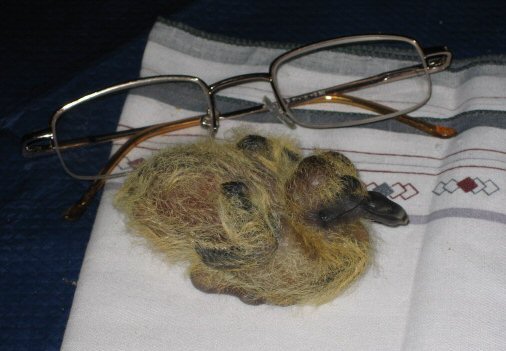 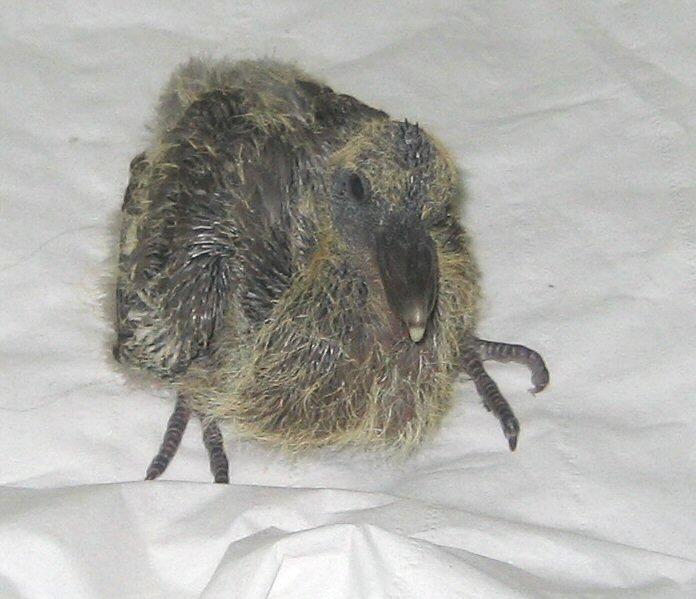 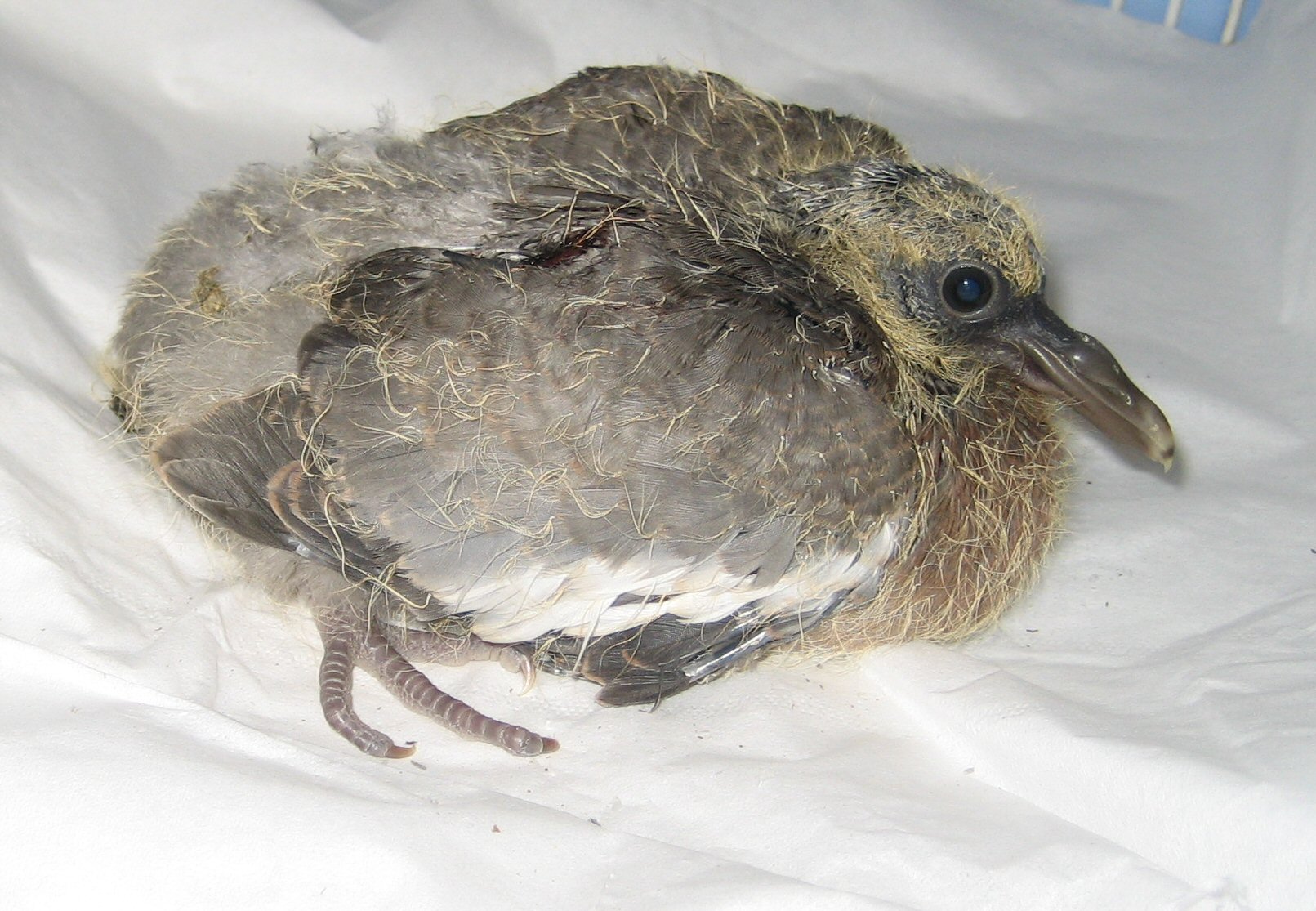 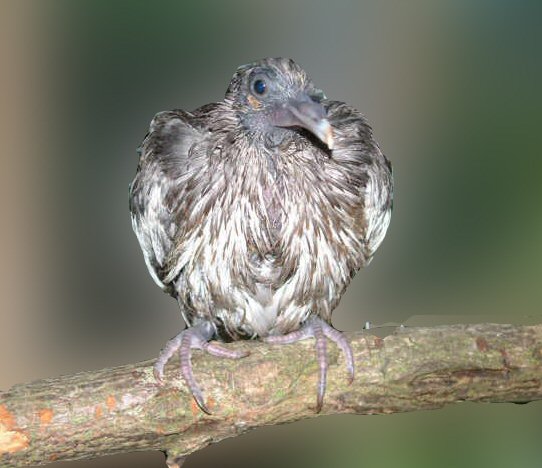 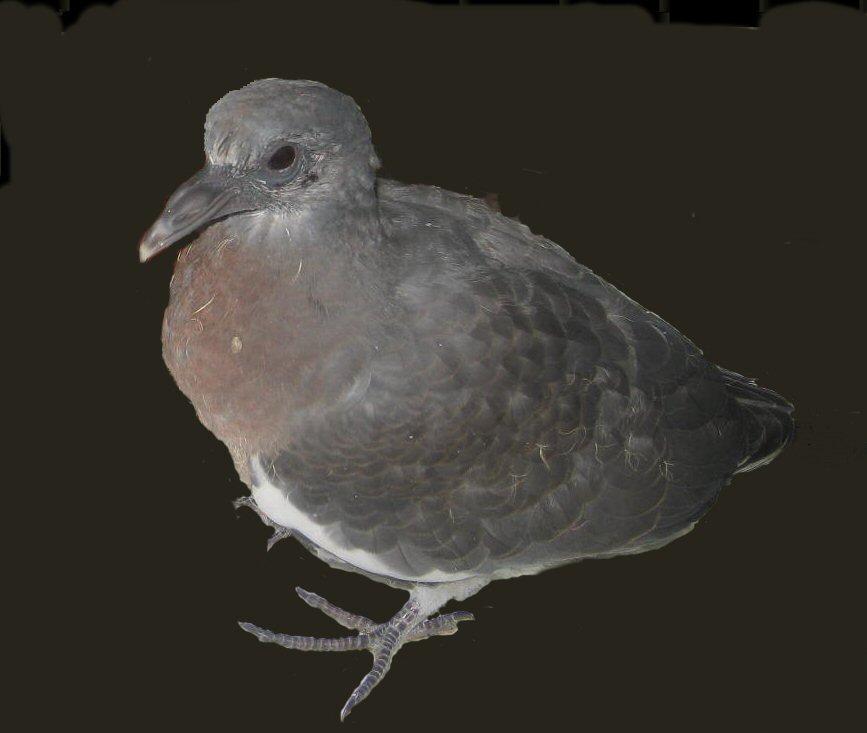 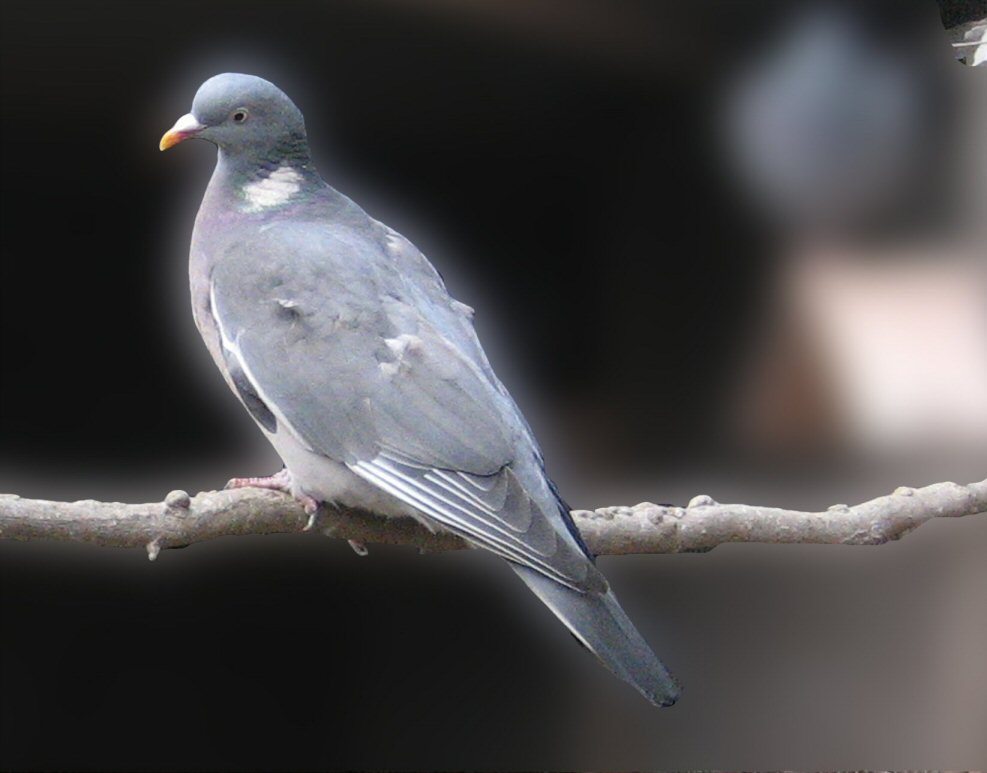 These are the  illnesses most commonly seen in wood pigeons.  Apart from Ornithosis, none of these are zoonotic (that is people can’t catch these diseases from the pigeon), but common sense dictates that you should always wash your hands after handling a sick or injured animal.

This  is caused by protozoa called trichomonads and can be out of sight in the crop or other parts of the digestive system but  usually presents itself as a cheesy growth in the mouth.  If unchecked it will cover the oesophagus  – and cause starvation-  or the trachea which will cause asphyxiation. 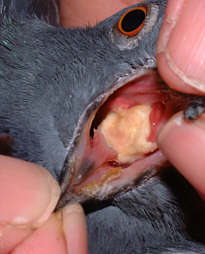 Any attempts to remove the growths can result in a fatal bleed…treatment  by the administration of the antibiotic Cardinazole (sold as Spartrix, veterinary prescription not needed) which will usually clear up the condition in 10 days.

The pigeon might need supplementary hand feeding of something like Poly Aid or Ready Brek mixed to a creamy consistency with warm water during this period.

Metronidazole, also sold under the name of Flagyl, is a good drug for stubborn cases of canker…a prescription is needed for this drug.

Juvenile wood pigeons tend to get this disease in autumn, it usually presents itself as pustules on the feet, beak and eyes,

but it will often affect the pigeon internally.  This photo shows the first signs of pox on a juvenile wood pigeon’s feet. 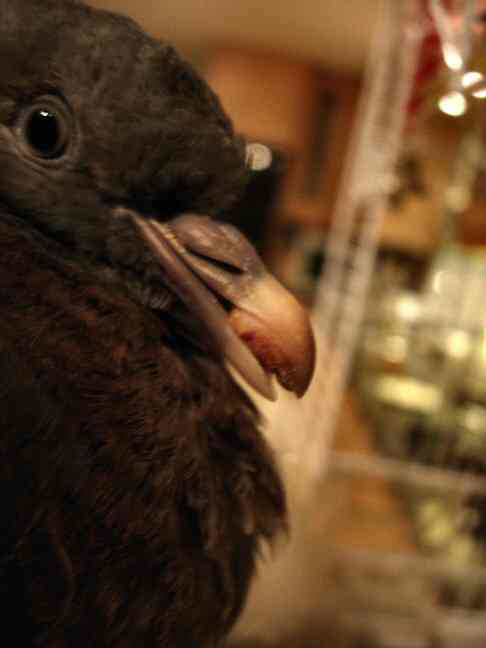 This photo shows the beginnings of internal pox in a juvenile wood pigeon.