THE LIFE OF THE COLLARED DOVE

Collared doves are bright intelligent birds that can appear to be bold but that will panic if they feel trapped.

They tend to live near food sources, but although they might coincidentally gather at the same feeding place they are not flock birds and prefer to be on their own or with their mate or newly fledged young.

They  lay 2 eggs,usually in a tree, vine or on a ledge but sometimes choose  unusual and  sites that expose their babies to danger particularly when they leave the nest, such as traffic lights and TV satellite dishes.

Their nests are flimsy and it is not uncommon to find that the nest has given way under the weight of the doves as they grow and that they have fallen to the ground.

Both parents share incubation duties and later the feeding of their young. The young can fly when they leave the nest, but the parents remain with them for a while, showing them where to forage and topping up their food.

Baby doves can imprint on humans very quickly become too tame for release.

Wild collared doves can become easily stressed.  They don’t like feeling trapped, being enclosed in small cages and can hurt themselves by battering against the bars…and they can die of a heart attack if they become stressed while being handled.  So if you are handling a wild collared dove and it starts to open its mouth and gasp, put it down immediately and leave it somewhere quiet to recuperate.

If you have rescued a fledgeling collared dove that cannot stand and has a rubbery beak is that it is probably suffering from a calcium and vitamin D3 deficiency.  Doves with clenched feet and feathers that have not come out of their sheaths 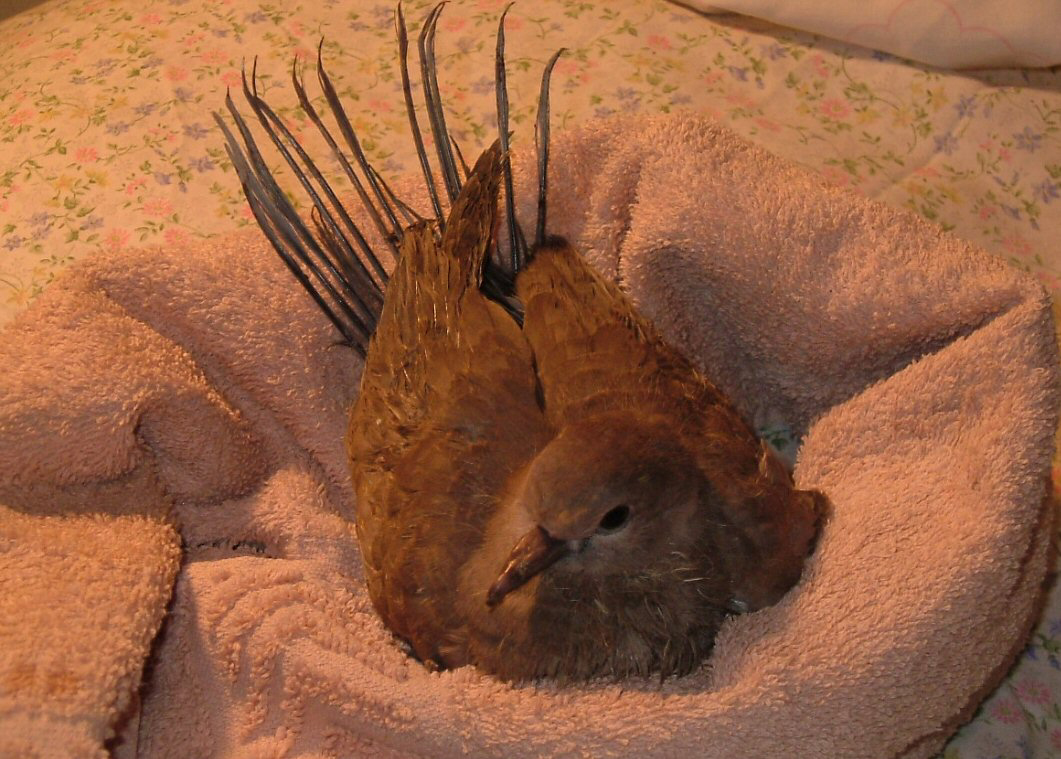 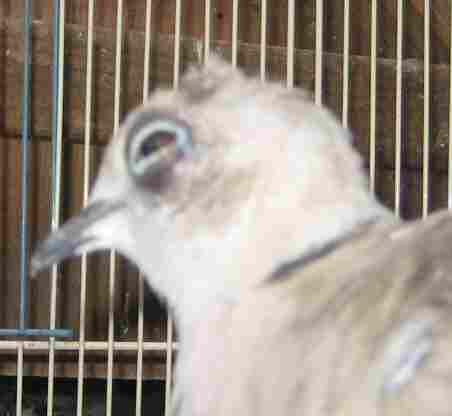 under the skin or affect its nervous system, so always examine them closely specially around the head and eyes.