The gentle adult wood pigeon is unmistakeable. It is the largest of our pigeons, with a distinctive white neck band and white wing bands. Its beak is yellow, topped by a white cere (nose wattle).

Its call is is usually described as being similar to the words “Its twooo Cooos Taffy”, but that order of the sounds it makes is wrong…the real sequence sounds like “toooo coos Taffy… it’s” 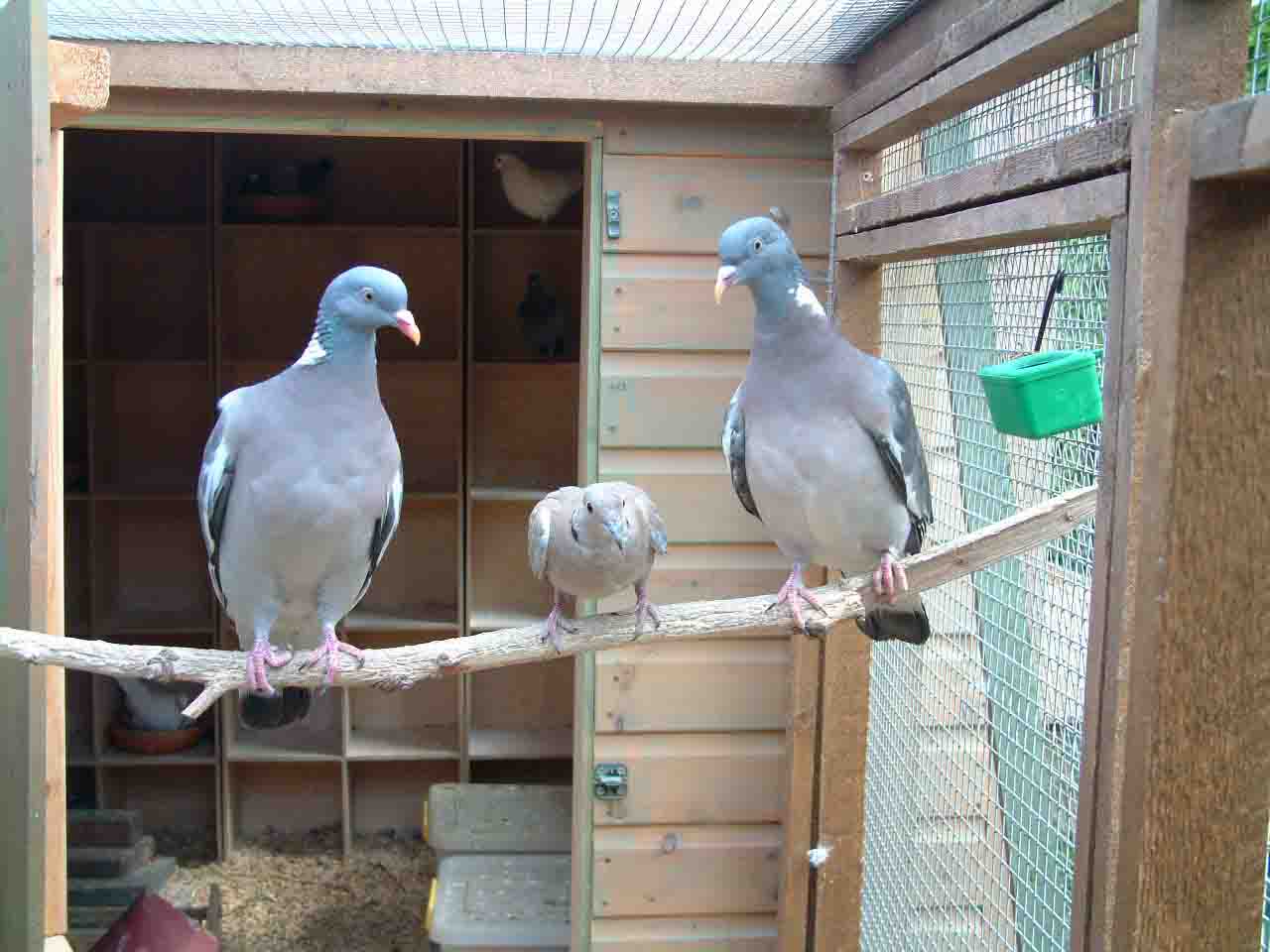 The wood  pigeon is a very nervous bird that will panic even when humans walk under the tree it has settled to  roost in as darkness falls.

The law allows adult wood pigeons to be shot for damaging crops and “to prevent the spread of disease” .  Despite the government’s claim  that “pigeons spread disease” (they don’t) , Natural England  allows people that shoot wood pigeons to sell them on for food with no tests to see if they are carrying a disease that could make the human that eats them ill, so they are obviously very confident that humans are extremely unlikely to catch anything from a pigeon.

The adult collared dove (on the left) has a thin brown collar, amber eyes and a long narrow tail.  Its beak is shorter and darker than that of a juvenile. 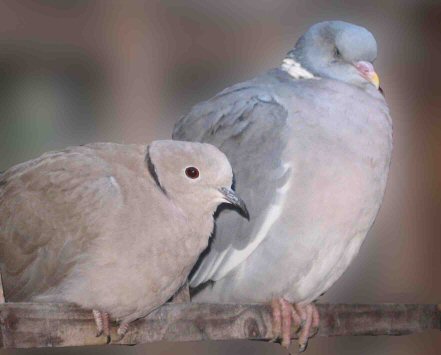 The adult collared dove’s cry has been described as resembling the call of U-NI-TED,and they can sometimes do this continuously and monotonously ..but they can also turn it into a gentle “I looove you” croon when calling their mate.

When landing they can make a harsh cry.

The adult feral pigeon comes in many colours.  Its beak can be pink or dark, its eye colour can vary from yellow, through amber to brown. 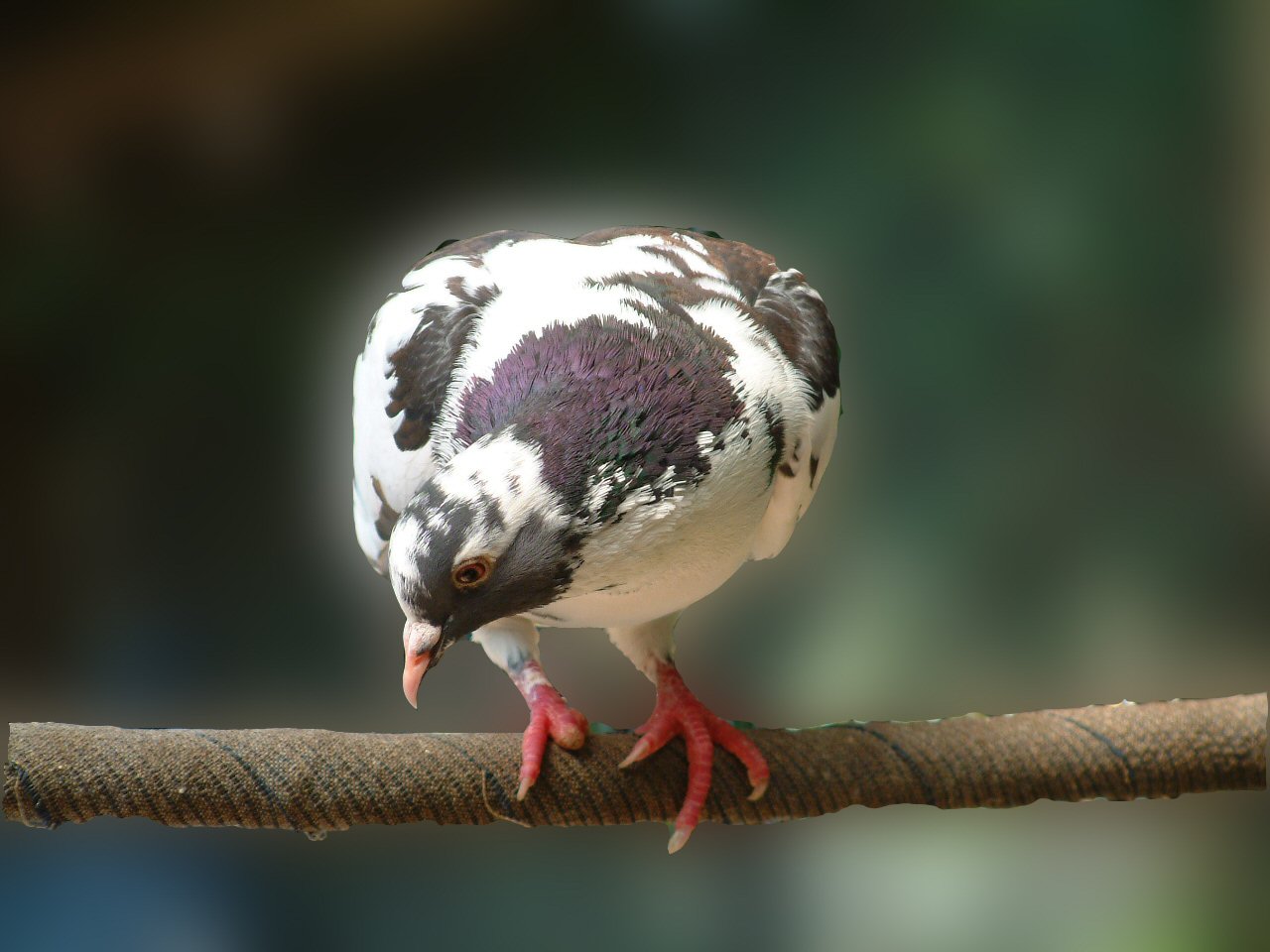 The feral pigeon will make a cooing noise that varies in volume to attract a mate or when they are disturbed while roosting.  The coo can  be quiet and gentle, then get louder and then soft again. The feral pigeon will also make crowing noises that when confronting each other in a competitive situation.

The males tend to be much more vociferous than the females.