Splay leg and how to correct it

Sometimes when a baby pigeon is nesting its leg will slide out from under it and grow pointing out at the wrong angle.  This can be corrected if caught early enough. 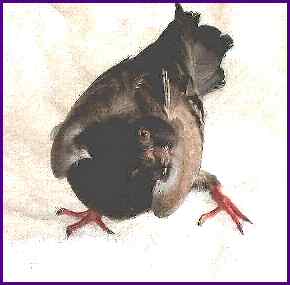 she also had a hooked beak that made it difficult to pick up seed, but this gallant little bird showed no self pity and joined in the flock’s formation flight overhead, distinctive even from the ground  because of her deformity.

Despite her brave and positive attitude, her life expectancy was even lower than normal…90% of fledglings die within their first year of life and as her beak would soon make picking seed up impossible, which would lead to starvation,  I took her home.

I didn’t think that it would be possible to fix a splayed leg that late in her development – she must have been at least 6 weeks old.  Fortunately someone called Marian Isaacs, who was a member of a forum that I consulted advised me that correction was still possible. 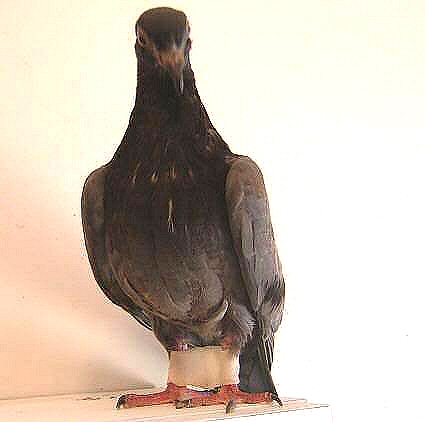 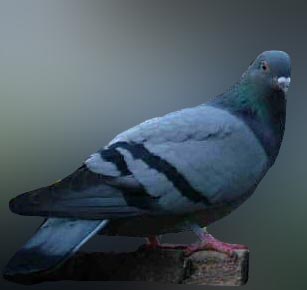 Gonzo grew up to be an odd little hen.  She is much smaller than the others and her head is particularly small which makes her eyes look larger than usual.   Her mate is one of the biggest cocks in the aviary, a handsome white pigeon so they make an odd couple.  Her legs are a bit stiff now, so she walks with a bit of a waddle, but is significantly better that when I found her although her beak grows into a hook very quickly and needs regular trimming .