How to treat a scalped pigeon 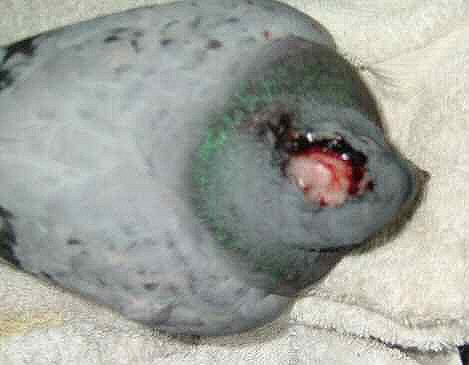 Initially I treated her for shock by warming her on a heat pad for half an hour,.then giving her rehydrating solution (1 pint warm water mixed with 1/2 tablespoon glucose, or honey or – if they are not available sugar and 1/2 teaspoon salt) and I also gave her gave her 2 drops of metacam for cats in the bottom of the lower beak for the pain.  Then I washed the wound with sterile saline (that can be made at home by mixing a spoon of salt salt with boiling water and allowing it to cool) and smeared on Intrasite gel  which I bought from the local chemist (now I would use F10 antigermicidal barrier cream) over the wound to keep it moist and allow it to heal without scabbing over which would have caused problems. 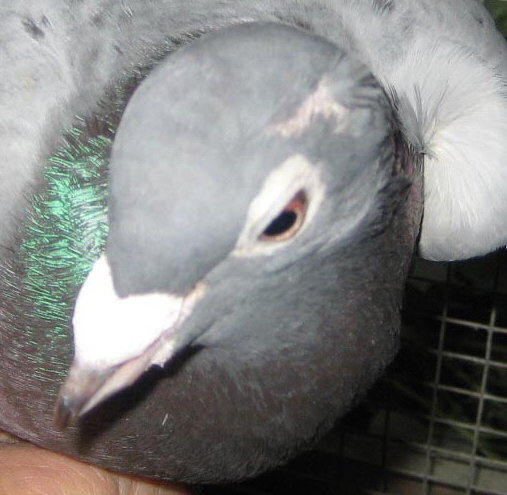 Moonshine was only a baby in the nest when he was rescued from a ledge in a town centre in mid April 2011.

He must have been scalped some days earlier as the skin around the scalped area had dried into a ridge.

This time I used F10 Germicidal barrier ointment, smearing it on his  head every time I fed him, which was 4 times a day.  I also treated him with a course of Synulox in case there was an infection. The ointment softened the tissues and kept the wound moist. Because Moonshine was only a baby he healed very quickly. 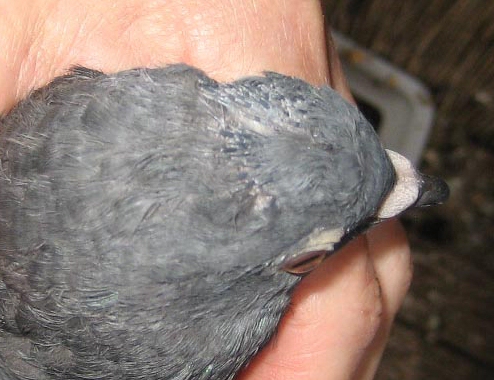 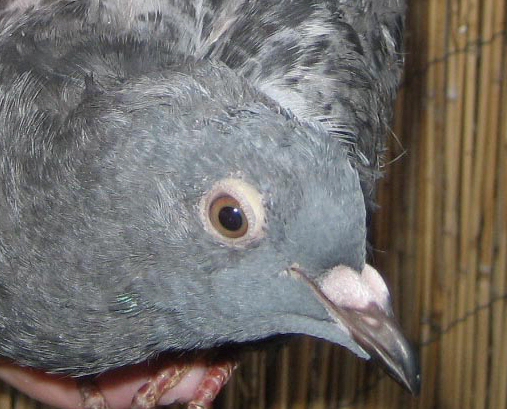 By the time Moonshine was an adult there was no evidence of the scalping.