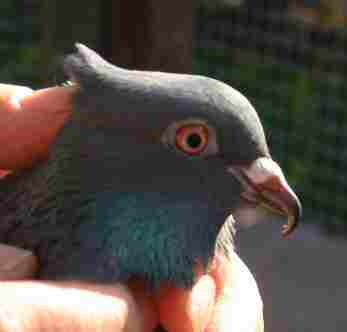 This will eventually make picking up seed impossible and the pigeon will become starved. 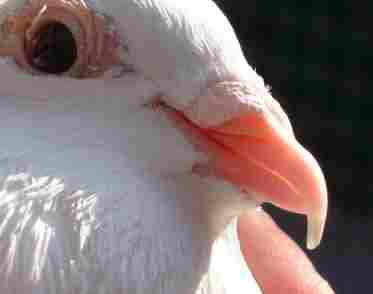 it easy to see where the blood supply starts , but in dark beaks it is much more difficult and it might be best to ask a veterinary nurse to do the job the first time so that you can observe!.

If you plan to trim a beak yourself have a supply of Cornflour ready and dip the beak in it if it starts to bleed and trim off only a fraction at a time, wiping your finger over the end of the beak each time.  If there is the tiniest trace of blood on your finger, then stop.. 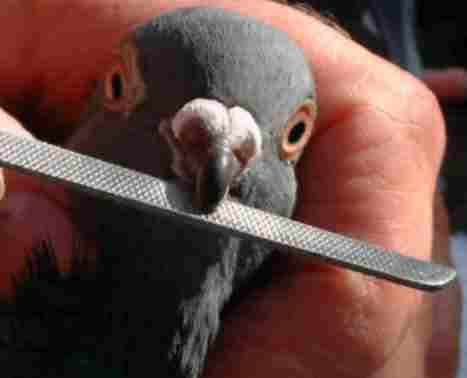